How to Become a Teacher in South Korea

Teachers must be certified as teachers (Grade I or II), assistant teachers, professional counselors, librarians, training teachers, or nursing teachers (Grade I and Grade II) by the Deputy Prime Minister and Minister of Education and Human Resource Development. Prospective teachers may undergo training at universities or colleges of education with approved teacher education program. Certified teachers must participate in in-service teacher training and continuing education activities. 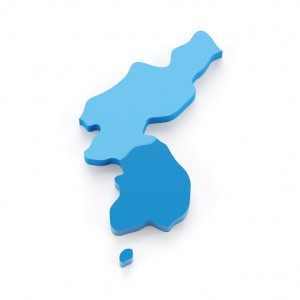 The Korean system of formal education can be traced as far back as the establishment of Confucian and Buddhist ethics education in the Fourth Century during the Goguyreo Era. After reforms in the 20th Century, the South Korean Ministry of Education has continued to reap the benefits of the South Korean’s government’s increased focus on education. According to the Organization for Economic Cooperation and Development (OECD), South Korea ranks highly in most measures of national education, including 2nd in the world in Mathematics Literacy, and 1st in the world in Reading Literacy.

Primary schools in Korea are both free and compulsory for all school-aged children, boasting an enrollment rate of 99.9%. After the establishment of an education tax in 1982 in response to the migration of large sections of the population from rural areas to cities, the government has increased teacher pay and built more primary schools with better facilities, dropping the average amount of students per classroom to 34.8 in 1990. The national primary school curriculum, which was established with the goal of “providing the general rudimentary education necessary in life,” includes classes in Korean language arts, ethics, social studies, mathematics, science, practical skills, Korean history, physical education, music, art, and English language.

Secondary education begins with a system of free, compulsory middle schools, for which there are no entrance requirements. Middle schools are intended to provide students with basic secondary education. High schools are neither free nor compulsory, and are categorized as either standard high schools or vocational schools. Students in standardized high schools proceed to college 87.1% of the time, while students in vocational students go on to higher education 71.5% of the time. While there is no required national curriculum for high schools, vocational schools focus more on practical skills, which the Korean government is currently working on adapting to the more scientific and sophisticated nature of current industries. High school lasts for 3 years, the last 2 years of which are focused on a specific area of study. While students at vocational schools may choose between which schools they attend, standard high school students must attend their local schools.

Our partner RossierOnline offers an International Master of Arts in Teaching program delivered by the University of Southern California and is available online, to students around the globe. Learn more about teaching in South Korea with RossierOnline.