How to Become a Teacher in Germany

Teacher training and certification varies in different Lander. Teacher preparation programs are aimed at preparing teachers to work with specific age groups, and in specific subjects. Many Lander are currently reforming their requirements for teachers. Most Lander require prospective teachers to successfully complete a teacher training program at an approved institution of higher education. 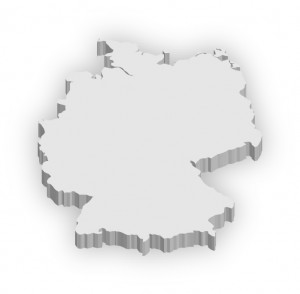 The current system of education in Germany began out of the unification of the Free Republic of Germany in 1990. As part of the effort to foster unity between the formerly divided country, the government sought to create comparable education opportunities throughout the various states (Lander). The federal government helps the Lander undertake nationwide projects such as the current efforts to move towards an output-oriented system of education, such as the establishment of national Bildungsstandards (educational standards) and the Institute for Educational Progress (Institut zur Qualitätsentwicklung im Bildungswesen – IQB). However, the Lander are responsible for administering and organizing education in Germany. Each Lander sets up its own system of education through its own constitution and statutes. The Basic Law of Germany provides for certain national requirements, but the details of each Lander’s educational system are outside the reach of the federal government.

The Lander maintain full control over preschools in Germany. All Lander provide some level of regulation for preschools, while some Lander provide full-day preschools for all children between three and six years of age. A recent conference of education ministers from the various Lander focused on improving the quality and accessibility of preschool education. Recent national legislation has provided financial assistance for families that would otherwise be unable to afford preschool.

In most Lander, it is compulsory for children ages 6 to 10 (12 in some Lander) to attend their local primary school; however, some Lander have begun to allow families to choose schools for their children. As is the case with preschools, national legislation provides financial assistance to some families. While primary education in Germany focuses on reading, writing, and arithmetic, all schools also offer instruction in German, art, music, athletics, science, history and drama. Many schools also offer courses in foreign languages. All Lander also allow for private schools to operate. These schools must still follow national and Lander regulations.

RossierOnline offers an International Master of Arts in Teaching program delivered by the University of Southern California and is available online, to students around the globe.Learn more about teaching in Germany with RossierOnline.